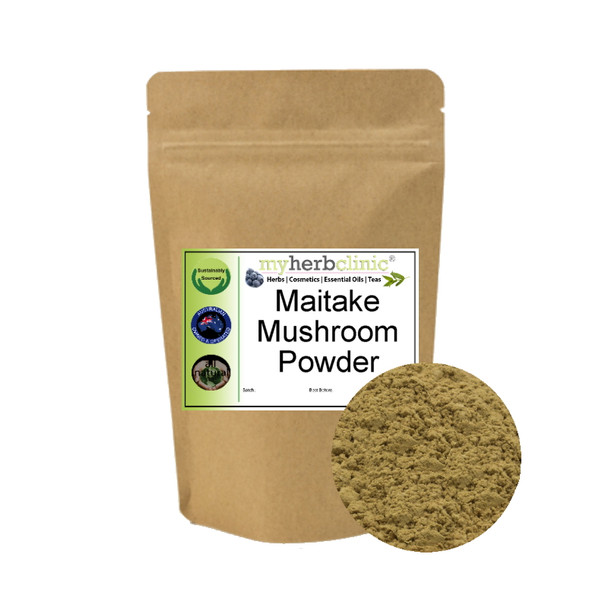 Maitake mushroom is a type of adaptogen. Other examples of adaptogens are: Withania, Siberian Ginseng, Astragalus, Schisandra etc.

Also known as “Sheep’s Head” or “Hen of the Woods,” Maitake is a polypore that grows at the bases of trees such as oak trees. In Japan it is called the "Dancing Mushroom", with legend saying that people danced with joy when this mushroom was discovered.

In addition to it's culinary versatility, the maitake mushroom, along with other mushrooms, have been researched extensively for nutritional and medicinal effects.  Mushrooms are growing in popularity as an ingredient in therapeutic products.