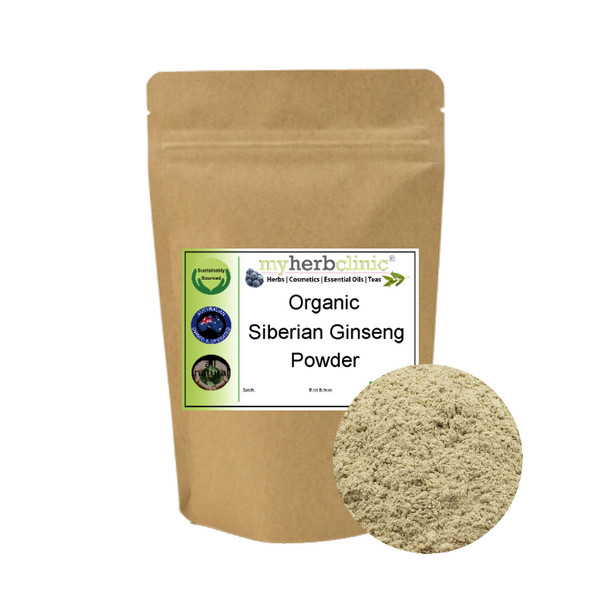 Siberian Ginseng is recognised as an Adaptogen and Immunomodulator. It contains the Vitamins E and B-Carotene as well as the minerals Calcium, Magnesium, Phosphorus, Potassium, Sodium, Iron, Boron, Copper, Zinc, Manganese and Chromium, as well as a variety of active constituents.

Siberian Ginseng has been used for more than 2000 years in the East to restore Qi and to increase vitality and energy. Modern studies have looked at its Adatogenic effects.

Siberian ginseng is often called an “adaptogen.” This is a non-medical term used to describe substances that can supposedly strengthen the body and increase general resistance to daily stress.

Some people use Siberian ginseng to improve athletic performance and the ability to do work.

Suggested preparation for Tea: 1/2 to 1 teaspoon of powder per cup of water, boil water and pour over the tea blend. Allow to steep for 5 minutes and then add another 1 to 3 cups of hot water per cup of water originally used.

MSRP:
Now: $15.00 - $29.00
Was:
Organic Maca Powder Botanical Name: Lepidium mayeniiOrganic Status: OrganicCountry of Origin: PeruPlant Part: RootForm: Powder Maca is grown at very high altitudes in Peru and is known to be a...