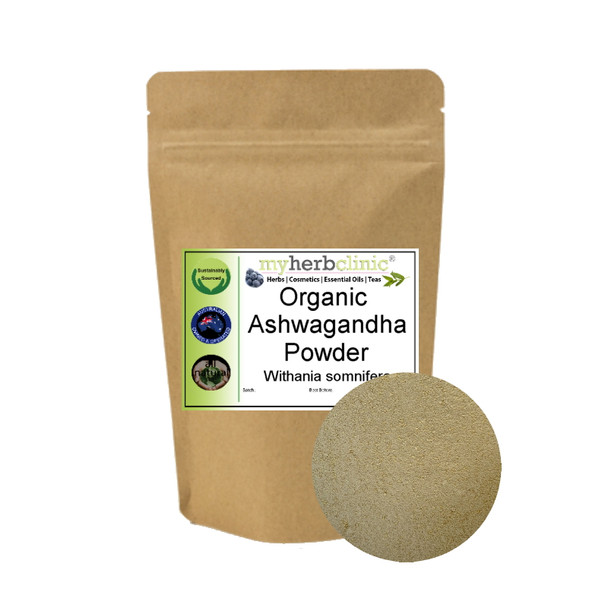 Ashwagandha or Withania originated in India and is recognised as an adaptogen and very popular in Ayurvedic Medicine. It has been in use for thousands of years and is sometimes referred to as Indian Ginseng. It is rich in iron, antioxidants, tannins, glucose, alkaloids, fatty acids and many other nutrients. The root is the most nutrient dense part of the plant.

Ashwagandha is believed to be particularly effective when combined with other herbs like Ginkgo Biloba and Rhodiola in particular. In Ayurvedic history it has been used to promote strength and vitality and bring the body back into balance (homeostasis).

Suggested preparation: boil 1 teaspoon per cup of water for 15 minutes, then allow to steep for 10 minutes before serving. Add other herbs to give this vital tea a real kick. Do not drink more than 2 cups per day.

*Ashwagandha is believed to be anti-inflammatory.

*The root contains the greatest concentration of active ingredients.

MSRP:
Now: $15.00 - $30.00
Was:
From Our Door To Yours Naturopathically prepared.Hand packed fresh.100% Natural.Quality Control Tested.Best quality for your pleasure.Fast Fresh and Free Shipping.High quality 'keep fresh'...

MSRP:
Now: $16.00 - $31.00
Was:
MUCUNA PRURIENS POWDER ORGANIC Organic Status - Organic Place of Origin - India  Botanical Name - Mucuna pruriens Form - Seed Powder It is one of the most important herbs in the Ayurveda...