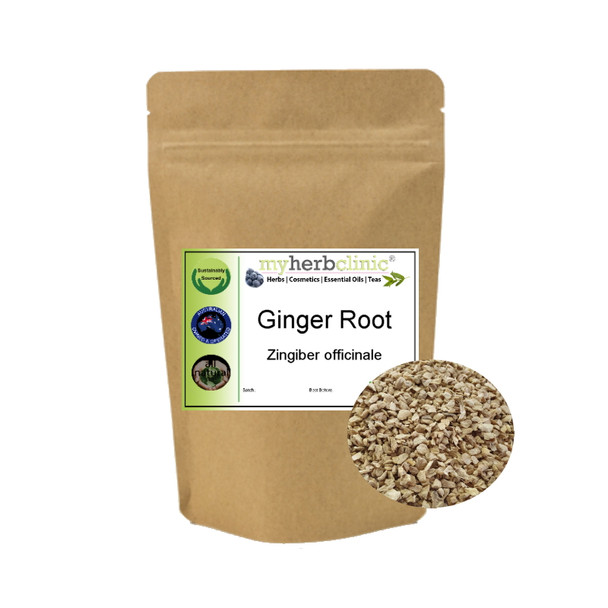 Ginger is a popular ingredient in natural nausea relief medications, and it is often recommended to consume ginger for seasickness and motion sickness. Ginger has been used since ancient times as both a food and a medicinal spice. It was written about by Confucius as well as the Greek physician Dioscorides. Ginger is also mentioned in the Bible, the Koran and the Talmud. For those who lived in England in the 13th and 14th Century, one pound of ginger cost the same as a sheep and was highly valued.

Brewing Instructions: Can be brewed like a loose leaf tea. Boil water (90°C to 100°C) and add between 1 teaspoon and 1 tablespoon of herbal blend per cup of water. Pour boiled water over the tea and allow to steep for at least 5 minutes before straining and serving.  Honey or vegan sweeteners can be used to sweeten and enhance the flavour.

Herbal teas can often be rebrewed between sittings.

The above instructions are general guidelines only, and brew strengths and times can be adjusted to suit personal taste.

MSRP:
Now: $17.00 - $35.00
Was:
Echinacea Root Botanical Name: Echinacea purpureaOrganic Status: ConventionalCountry of Origin: PolandForm: Root The flowers, roots and leaves of the Echinacea has been used for thousands...

MSRP:
Now: $16.00 - $32.00
Was:
Elder Flower Tea Botanical Name: Sambucus nigraPlace of Origin: RomaniaForm: Flower Elderflowers come from the Elder bush or tree and extracts from these flowers have...