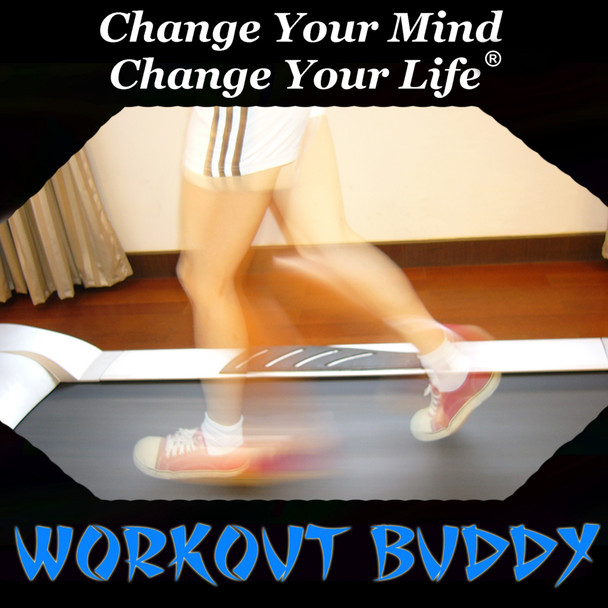 If you want to make Exercise & Training Easy and Fun or just give you a competitive edge at the gym then this is for you.

The Workout Buddy has a Energetic beat that starts the blood pumping.

Using the very latest Isochronic Sound Technology and Brainwave Entrainment Technology the Workout Buddy causes a energizing effect on the user while at the same time relieves symptoms of fatigue.

By combining these powerful imbedded programming suggestions with Brain Wave Entrainment you create a mental environment for maximum potential for success.

You have plenty of Energy both during and after your session.

This has got to be the Easiest way to Train whether you are experienced and are maintaining or want to lose weight & get in shape.

Workout Buddy has been designed to give Energy and Focus the listener to those Energies thereby bringing about Profound Changes in their lives.

This Digital Brainwave Journey Session Workout Buddy contains a powerful brainwave entrainment session that is scientifically designed to attune your own brainwaves by a method known as Frequency Following Response to make Exercise Fun and Easy.

This is a Journey of Transformation.

No experience needed as your own brainwaves will automatically attune to the Powerful Isochronic Tones causing what is known as a frequency following response.

These sessions have been used by thousands of Happy and Satisfied buyers all over the world and they will work for you Too.

This is a must have!

This is so easy to do and you don’t need any prior experience.

Its as simple as pushing play.

You will be Amazed at the results.

How does it work?

These Brainwaves naturally operate at various different frequencies but there will always be one predominant frequency at which most of these waves will come together or synchronize at.

Entrainment is a principle of Physics. It is defined as the synchronization of two or more rhythmic cycles. The Principles of Entrainment are universal appearing in Chemistry, Biology, Medicine and Pharmacology and more.

When the brain is given a stimulus through the ears such as through our range of cds Change Your Mind Change Your Life® the brain emits a electrical charge in response. This is called a Cortical Evoked Response.

If this stimulus is repeated for several minutes it resembles the natural internal rhythms of the brain. What happens next is an Amazing Phenomena known as Frequency Following Response. The brain shifts it own operating brainwave frequency to that of the rhythm of the CD.

Using this revolutionary new digital sound technology of encoded powerful brainwave synchronizing signals known as Frequency Following Response which cause the brain to literally lock onto and attune to these signals and within minutes bringing profound positive changes to the nervous system we are able to cause the brain to switch to the desired brainwave state.

MSRP:
Now: $10.00
Was:
Isochronic Tones for headphone or stereo speakers. Refreshing and Relaxing

MSRP:
Now: $14.00
Was:
Directions: Applied directly to skin. This is a premixed roll-on safe to use directly on the skin. It is a blend of 100% pure essential oils and Golden Jojobo certified organic oil. (This so it can...

MSRP:
Now: $17.00 - $35.00
Was:
Rose Root Botanical Name: Rhodiola roseaOrganic Status: OrganicCountry of Origin: ChinaForm: root General Information: Rhodiola rosea has been used for thousands of years and was written about by...