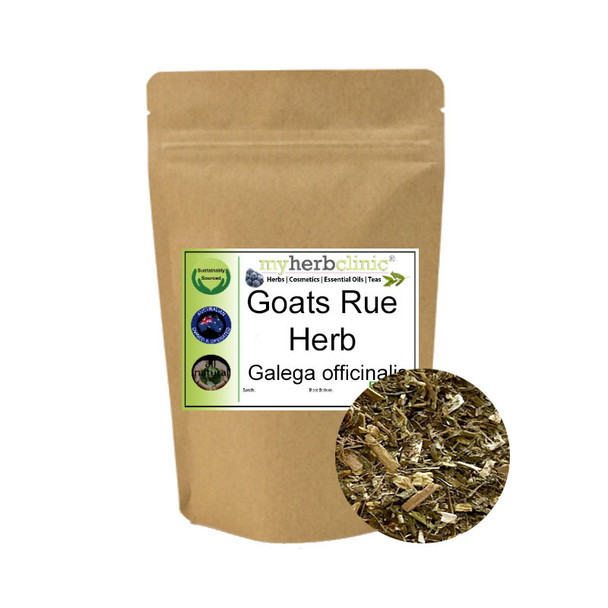 Goat's Rue is also known as French Lilac, Nursing Mother's Helper, Professor Weed, Italian Fitch, and Cheese Rennet. In 1873, a farmer named Giller Daimitte, wrote a letter detailing his findings that feeding Goat's Rue to small milk producing animals like goats, increased their milk production by between 30-50%. Since then it has become a popular ingredient to add to breastfeeding mother's tea blends, which usually also include herbs such as: Nettle Leaf, Caraway, Fennel, Fenugreek, and Aniseed.

Instructions: Can be brewed like a loose leaf tea. Boil water (90°C to 100°C) and add between 1 teaspoon and 1 tablespoon of herbal blend per cup of water. Pour boiled water over the tea and allow to steep for at least 5 minutes before straining and serving.  Honey or vegan sweeteners can be used to sweeten and enhance the flavour.

MSRP:
Now: $17.00 - $35.00
Was:
A Tea revered in China for its deep Earthy flavor and complex aroma. Aged before being deemed drinkable and comes from the Yunnan Province in China. It is a post fermented Tea having a Special Woody...

MSRP:
Now: $17.00
Was:
GOURMET CHICKEN SALT - WORLDS BEST FLAVOUR FUSION - NO GLUTEN NO MSG 100g This is the most amazing tasty chicken salt you are ever going to taste.  Not all chicken salt blends are created...

MSRP:
Now: $17.00 - $33.00
Was:
SMOKED APPLEWOOD SEA SALT Ingredients: Organic Applewood Smoked Sea Salt This Sea Salt is Solar Evaporated in the USA. The salt is naturally cold smoked with sweet, aged applewood and has a...

MSRP:
Now: $17.00 - $53.00
Was:
White Sage Incense  Botanical Name: Salvia apiana Sage has been burned for centuries as part of a spiritual ritual to cleanse a person or space, and to promote healing and wisdom, its also...