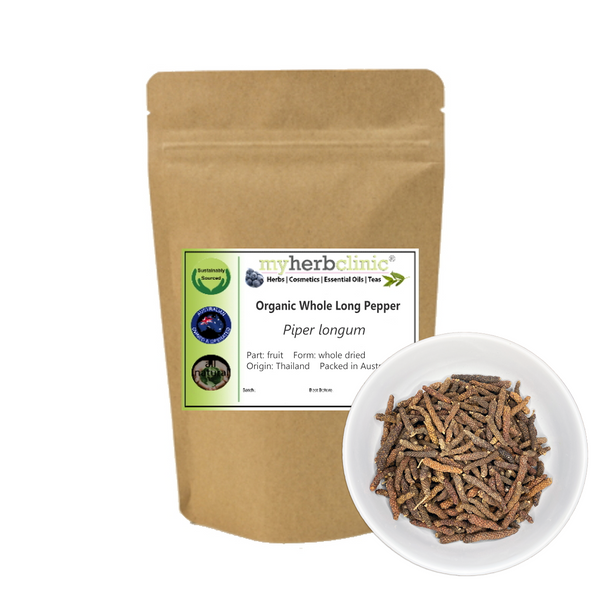 Long pepper (Piper longum), sometimes called Indian long pepper or pipli, is a flowering vine in the family Piperaceae, cultivated for its fruit, which is usually dried and used as a spice and seasoning. Long pepper has a taste similar to, but hotter than, that of its close relative Piper nigrum – from which black, green and white pepper are obtained.
It has been for hundreds of years in Mediterranean, African, Indian, and Indonesian cooking. Also used in pickles, preserves, curries, soups, sauces, or ground up and tossed with fresh fruit.

A unique and exotic culinary delight to give that extra punch to your meals.

MSRP:
Now: $15.00 - $28.00
Was:
LOVELY LEMON PEPPER GOURMET SALT Instructions: Use to season meats and vegetables before cooking, or add to salt and spice blends.

MSRP:
Now: $16.00
Was:
HIMALAYAN LEMON PEPPER GOURMET SALT FUSION - AMAZING FLAVOR - SOLAR DRIED SALT Himalayan Salt is considered to be one of the purest salts on earth and tastes amazing.

MSRP:
Now: $18.00
Was:
Peppercorns White & Black Botanical Name: Piper nigrumCountry of Origin: India This black and white peppercorn blend has a vibrant, peppery taste with a good heat. Use every day for both...

MSRP:
Now: $17.00 - $32.00
Was:
ROSE ATTAR  Experience the pleasure of ROSE ATTAR Botanical Name: Rose damascena Fixative: Sandalwood Origin: India What is an Attar? An Attar is a bit different to a straight essential...